Why is it called a sabbatical again?

I realize the academic tradition to call development leave a “sabbatical” comes from the notion that it occurs every 7 years or so, but sabbath implies rest, and no one I know finds sabbaticals all that restful. It’s the time when you work like the devil to get things done that have slipped behind over the previous years amid the toil and distraction of teaching, committee work, and the usual family obligations.  But this has been a great sabbatical, thanks in large measure to the weeks I spent at the Center for Hellenic Studies, the ideal location for long weeks of intense focus. 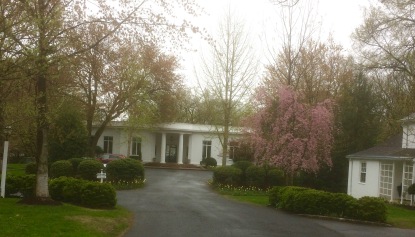 The main task there was the co-editorial work on A Companion to the Translation of Greek and Latin Epic with my colleague Alexandra Lianeri, who came to the US for the first time frome Greece thanks to the CHS Fellowship. She and I have been working for some years on this volume, which is not a handbook to a field that exists, but a guide to the future of what translation studies might become with better engineering and co-involvement with reception studies in relation to classics. My blog post for Kleos@CHS tells more of the story. In sum, we used our time together to reorganize the essays of the volume more effectively, in order to highlight their contributions to conceptual foci on philology, agency, community, temporality, medium and the transvaluations that translation can effect.

Meanwhile, we’ve had a good sense of transvaluation this year: Emily Wilson’s Odyssey has been making a stir as the first female-authored translation into English, arriving at the peak of the #Metoo moment. Alexandra and I enjoyed discussing this translation with other CHS fellows, and I have put some thoughts together in my review for the Los Angeles Review of Books. I also finished off the proofs for a chapter on Enrique de Villena’s strange but fascinating translation of Virgil’s Aeneid from 1428 for Virgil and His Translators, edited by Susanna Braund and Zara Torlone, coming out soon in Oxford UP’s Classical Presences series. This too was a transvaluating translation in a sense, the first translation into a modern vernacular that also included commentary, shoring up the notion of Virgil as an auctoritas and not simply a story teller. But to be fair, Claudio Lagomarsini has recently published a new edition of the wonderful Italian volgarizzamento by Ciampolo di Meo Ugurgieri (Edizioni della Normale, 2018) from the fourteenth century, which should probably take pride of place as the first full vernacular translation of Virgil’s epic.

The CHS Fellowship allowed me to pass a week in the extraordinary Folger Shakespeare Library (see photo above), where I spent a great deal of time looking at early modern translations by George Chapman, John Ogilby, Thomas Hobbes, Alexander Pope, and many others. My focus has shifted towards the realia of the book market for translations, and there is no substitute for the hands-on experience such a wonderful rare books library can afford. I’ll be giving a paper in January 2019 on this topic (this time in reference to Spanish translations from the sixteenth century) at the Society for Classical Studies‘ annual meeting.  The Folger also afforded me time to look into some rather interesting nineteenth-century psychological monographs on Hamlet, research relating to my Freud book which has taken a dramatic turn (no pun intended).  Thanks to an invitation by Emma Scioli and Vered Lev Kenann, I delivered a paper at the Classical Association of the Midwest and South (CAMWS) on Freud’s fused reading of Oedipus Tyrannus and Hamlet, an important element of my book’s argument.

I also had time to finish the audio edits for a long interview I conducted with Stanley Lombardo, a man who has translated just about everything in epic. I have put up a segmented version of this here on this site, for the benefit of students of translation. It was a wide-ranging interview that reveals a lot about this particularly successful poet translator.

Meanwhile, the series I co-edit with Paul Allen Miller at Ohio State University Press has come out with two new excellent volumes, Hip Sublime: Beat Writers and the Classical Tradition, a collection of essays edited by Sheila Murnaghan and Ralph Rosen; and my colleague Francesca Behr’s wonderful monograph, Arms and the Woman: Classical Tradition and Women Writers in the Venetian Renaissance, a book I enjoyed reading as it took shape and from which I have learned much. This year has seen a number of other submissions to the series, so we feel very confident about its future.

So all that in addition to moving back into Houston, facing a major family medical crisis, and the usual round of obligations has made this “sabbatical” not exactly restful, but certainly productive. Just counting the days until my next one… 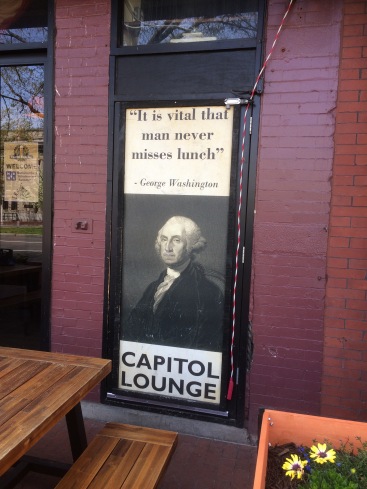